Crocs are among the most iconic footwear in the modern world, with an interesting history. What began as a simple idea for foam boating clogs has grown into a worldwide phenomenon that has shocked the fashion industry.

As a huge fan and long term customer of the Crocs brand I decided to research some of the most commonly asked Crocs history FAQs and present my findings in this post.

Here’s a photo of me in my favourite pair of Crocs!

Let’s explore the history and timeline of the icon that is Crocs and discover why these shoes are so special.

Crocs are one of the most widely known clothing brands in the world. This company has been around for decades now, but not everyone knows where the company came from or what inspired the footwear that has made the Crocs brand so famous.

Crocs were founded in the early 2000s with the intention of creating a unique shoe specifically for boating. The first pair was Crocs clogs was unveiled in 2001 in Fort Lauderdale, and since then, hundreds of millions of pairs of clogs have been sold. Crocs are now based in Bloomfield, Colorado.

Below is a simple outline of the Crocs timeline from beginning to their current state of operations:

Here is my Crocs history timeline on a handy info graphic:

The original Crocs logo was in use from 2002 – 2006, featuring a crocodile alongside the Crocs wordmark emblem. The phrase “Get a Grip” accompanied the logo. In 2007 the logo was redesigned (source). The crocodile moved above the wordmark. The wordmark is made solid black, “Get a Grip” is removed.

The redesigned Crocs logo is still in use today, and the new logo does not feature any of the original blue or white colors, and the “Get a Grip” phrase was removed.

The current logo features a more contemporary wordmark font, and the crocodile mascot character ‘Duke’ is more clearly visible, being only in black and white without the original blue color.

When Did Crocs Become Popular?

Crocs become popular immediately. During the product reveal in 2001, all prototype shoes were sold in one day. Since production, Crocs gained commercial success almost immediately but subsequently fell in popularity. Crocs became truly popular in 2017.

Accompanying the commentary by notable fashion writers and influencers in 2017, the Crocs foam clogs grew in popularity more than ever before, and they suddenly entered the public eye as a fashion icon, leading to a steep incline in sales and public sightings of Crocs footwear.

Since the initial surge of popularity in 2017, Crocs made clever marketing decisions to collaborate with influential big-name celebrities and brands such as Justin Bieber, Luke Combs, Diplo, and even KFC.

Crocs have become exceedingly popular among Gen-Z, becoming somewhat of a fashion statement and icon of the generation. However, the popularity of Crocs is not reserved for the younger generation or for obscurity among school kids.

The famous foam clogs were seen on the red carpet when Questlove brandished a golden pair of Clogs at the Academy Awards. Numerous articles are written on how to style Clogs by major influential publications, and the Crocs brand continues to grow in popularity to this day.

The Popularity of these simple foam clogs is a phenomenon and has taken the entire world by surprise. What was originally intended as a simple, comfortable, non-slip shoe to be used on the wet surfaces of recreational boats has grown into an iconic brand and unique footwear brand that has taken the world by storm.

Crocs show no sign of slowing down or decreasing in popularity and are frequently seen worn by celebrities and advertised in major publications internationally.

Crocs are one of the most well-known and unique clothing products in the world. Everyone knows the iconic Croc shape and brand, and many believe the Croc to be the most comfortable and practical shoe they have ever worn.

With that in mind, let’s learn some more about this fantastic foam footwear by discovering seven facts about Crocs shoes and the Crocs brand:

2. Crocs were originally designed after Dutch-style clogs – Clogs are traditional shoes from the Netherlands, and Crocs were designed to emulate their design for the sake of comfort and practicality.

3. Crocs got their name from their shape – The founder of Crocs names the foam clogs by noticing the similarities between the shape of the show and the profile of crocodiles.

4. Crocs are giants of retail – Crocs have sold more than 720-million pairs of clogs since 2002, which beats many other footwear brands.

6. Crocs are meant for boating – Crocs were originally invented to be used as boat shoes, designed for yachts and other private boats, meant to be as stable, comfortable, and non-slip as possible.

7. Crocs are widely used – Crocs have sold in the hundreds of millions, and in recent years the company has recorded record-breaking revenue numbers. Crocs are subsequently among the top ten non-athletic brands internationally.

Thank you for reading this article on the history of Crocs, I hope you have learned some cool new facts about the brand to inform any future purchase. 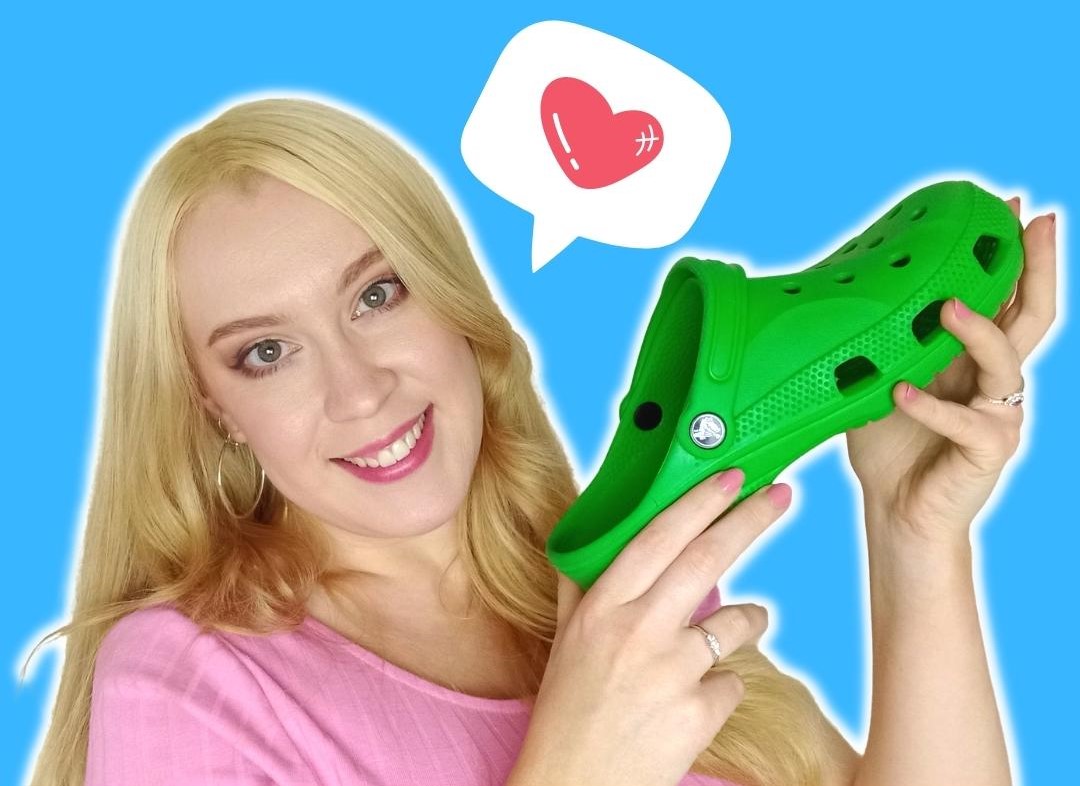